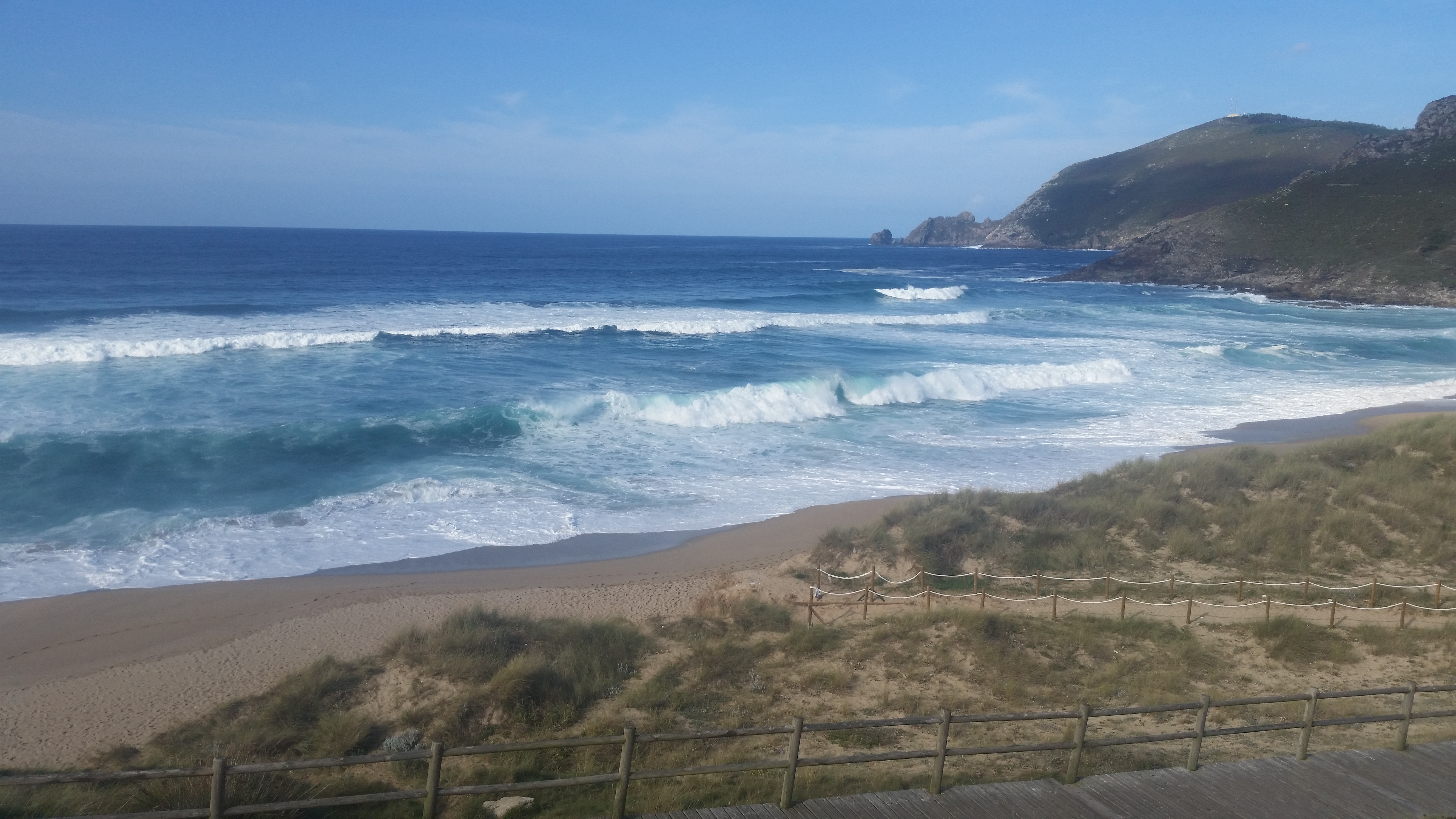 The Journey to the End of the World: A Personal Account

By caminoforgoodJuly 8, 2021Community
No Comments

Authored by Bill Austin, Co-Founder & COO at Camino for Good

For two months I walked from St. John Pied de Port to Santiago de Compostela with no real idea of what to expect, just knowing in my heart it was what I needed to do. The Camino does some funny things to you and one of them is changing your perspective on many things.

One of the perspectives that I had that changed the most was what my body was capable of. You start the Camino and very quickly you realize how heavy your pack is and how far you really have to go starts to sink in. Your body hurts all the time and you may question whether or not you can do it. But you do and slowly your body gets stronger and your perspective of the adventure changes.  Somewhere along everyone’s Camino the thought of “how am I going to ever finish” changes to “I don’t want to finish.”

I became addicted to the walking and the daily adventure. And as I got closer and closer to Santiago, I started to realize this journey had now become part of my life and I didn’t want to stop. This realization hits many pilgrims, and it is why, if they can, they don’t stop in Santiago but continue on to the “end of the world”.

Back in the day, when land beyond the Atlantic was still unknown to Europeans, the end of the world was considered Finisterre. Finisterre is a town on the Spanish coastline, about 60 miles from Santiago. Pilgrims would pick up a scallop shell from Finisterre and bring it home as a way to prove to folks that they made it. This is one of the reasons why the scallop shell is the symbol of the Camino. Also the lines on a scallop shell all lead down to one place, just like the many routes of the Camino all lead to Santiago.

I was lucky. When I hit Santiago, I didn’t have to stop, so like many pilgrims before me, I spent a couple days in Santiago and then out headed out to Finisterre. I didn’t stop there either. I continued up the coast about another 20 miles from Finisterre to Muxia, where my first Camino finally came to an end. I think I took a total of 10 days. There was a coastal town called Cee that I spent a couple nights in. It was perfect.I also spent a few extra days in Finisterre so as usual I stretched it out a bit.

The walk to Finisterre and Muxia was different from the Frances in a couple ways, mentally and scenically. I hope you’ll give our Finisterre Muxia virtual hike a try and get a taste of how amazing this camino can be for you too.

Probably the mental part was the most dramatic difference. When you leave Santiago you have already accomplished your major goal of just getting to Santiago. I had reached my goal, and continuing on to the coast felt more like a goodbye. The road to Muxia was going to be the end of my walking long distances for now and the thought of that was hard to get my head around. My body and feet were feeling good so there was no physical reason to stop. My walk to Muxia became more of an acceptance that this was ending, and that was hard to cope with.

Initially the scenery of the walk is very similar to the terrain on the Frances, until you hit the coast. It was the first time I had seen the ocean in over two months and the sight of it brought tears to my eyes. It reminded me of home and one of the things I missed most. Seeing the waves crashing on the shore helped me cope with finishing. It gave me a longing to be back close to the ocean again which I would be when I got home. I think that stretch of coastline from Finisterre to Muxia really helped me come to grips with leaving by reminding me of what was waiting for me at home.

For me the added time I was able to spend walking to Muxia after Santiago really helped me come to grips with what I had just accomplished and prepare me for accepting that it was finally, for sure, going to end. It was a beautiful conclusion to my journey. I highly recommend walking on to Finisterre and Muxia for anyone who can.