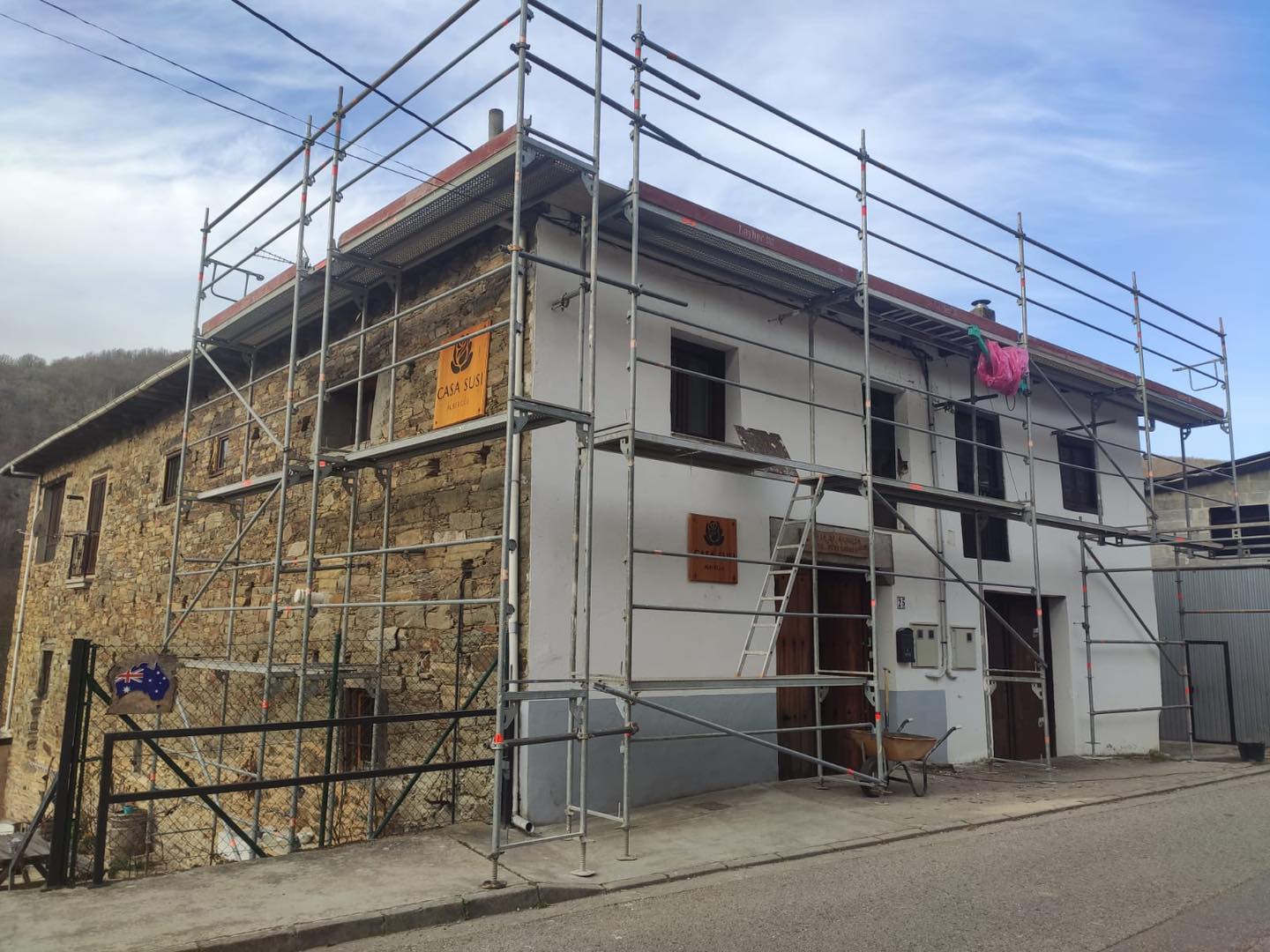 Hola Pilgrims.
In 2015 I became aware of a Pilgrimage route in Northern Spain called the “Camino de Santiago”. I had a Picture Framing shop and a customer brought in their Credentials and bits to be framed. When I asked what it was all about they explained what they had done and suggested that I watch a film called “The Way”. So the seed was firmly planted and it blossomed in April/May 2017 when I answered the irresistible call to walk the Camino Frances from St.Jean Pied de Port to Santiago de Compostela.

Becoming part of the Camino Family
I walked solo and had a wonderful experience, meeting lovely people, some of whom are still my Camino family to this day. I experienced a way of travel new to me. Slower, much more personal and immersive into Spanish life and culture. I convinced my Partner, Tess, to come to Spain to walk in October 2018 and had the privilege of walking into SdC on my 60th Birthday. While walking through the Valcarce valley we met Sue and Fermin from Casa Susi in Trabadelo and they were able to help us at a time when we were struggling health wise. Their help was significant and they became our “Camino Angels”. We kept in touch with Sue and Fermin.

In November 2020, after being closed all year due to Covid19, it became clear to us that unless Casa Susi had some real financial aid they would have to close permanently. To compound the problem the old slate roof of the Heritage listed building that houses Casa Susi was desperately in need of replacement, as it was full of holes and basically falling apart. So after talking to Sue and Fermin it was decided that we would open and run a GoFundMe campaign, in the hope of raising the funds to replace the roof. Money already put aside for doing that would have to be used to pay the bills.

In the 15 months the GoFundMe campaign has run, a total of AU$36,600 has been donated by 333 very generous donors. A wonderful result. This money has allowed Sue and Fermin to engage builders to replace the roof with good quality slate and I’m pleased to report that, as of February 2022, this work has recently started and will hopefully be completed in time to reopen Casa Susi to Pilgrim Guests in early May.

On the Trail Again

I will be travelling back to Spain soon and will head to Trabadelo to celebrate the new roof. Also to help ready the Casa for the 2022 Camino season and to welcome the first Pilgrims to the refreshed Casa Susi.