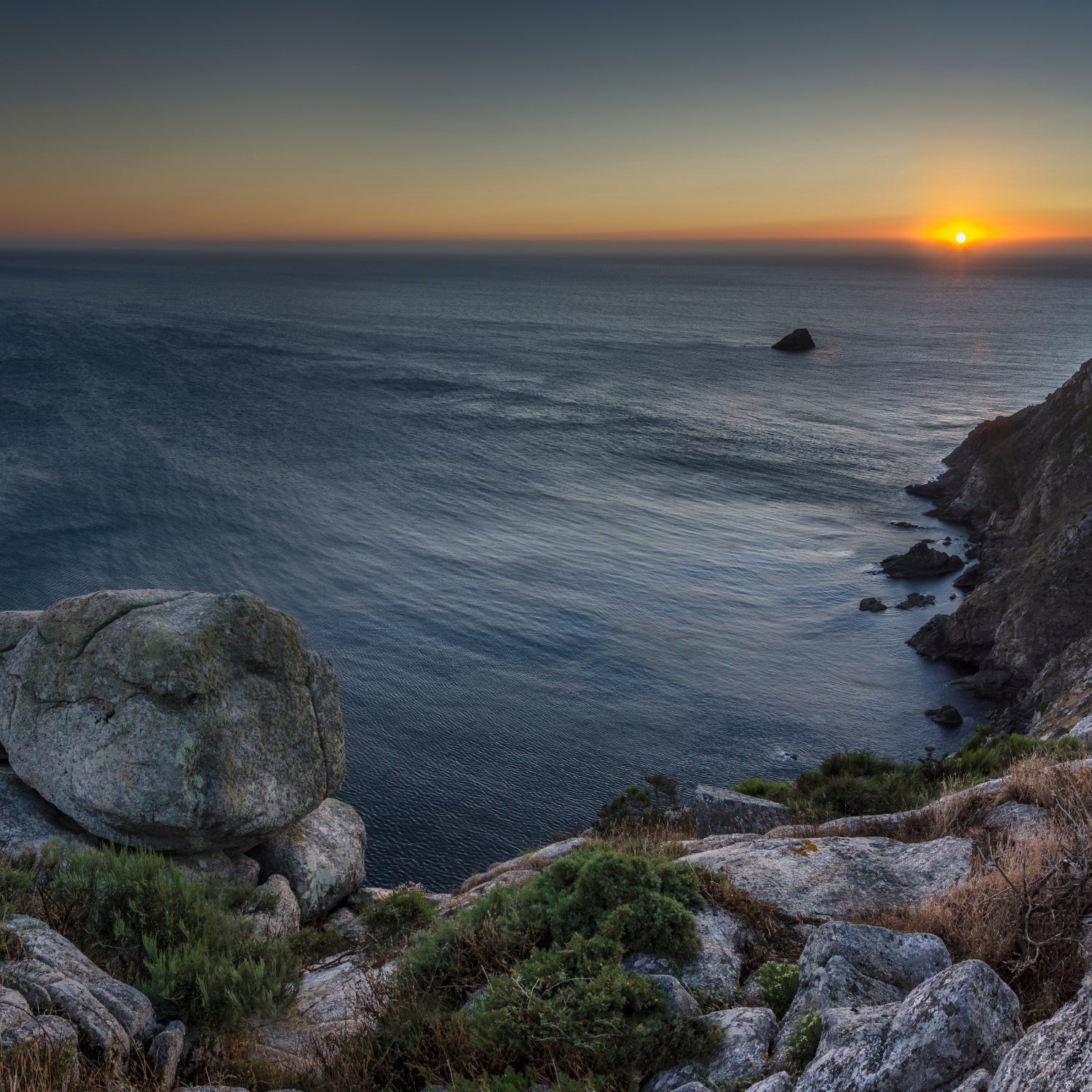 Finisterre-Muxia: To the End of the World and Back

The latest route from Camino for Good is now available!

In the days before pilgrims knew of land beyond the Atlantic Ocean, the journey west from Santiago de Compostela to Spain’s coastline was considered a journey to the end of the world. After arriving in the sacred city of Santiago, many pilgrims would advance a few more days to the sea to wash off the dirt from their long, arduous Camino expedition. The ocean towns of Finisterre and Muxia were believed to be the last frontier that could be reached by foot on the eastern lip of the Atlantic. For many, witnessing the edge of the world was a perfect epilogue to a life-changing trek on the Camino de Santiago. Hundreds of years later, thousands of Pilgrims still make their way across Spain so they too can enrich their soul with a journey to the end of the world and back.

The 134 mi/ 215 km Camino for Good route To the End of the World and Back begins where your Camino de Santiago pilgrimage ends, at the Santiago Cathedral. This unique trek will first lead you to Finisterre. Finisterre’s rolling coastal hills and breathtaking views of the unending Atlantic are unforgettable and picturesque. You’ll then breathe in the salty air as you travel north along the edge of the world. Remember to search for your scallop shell along the way. Back in the day, pilgrims would bring a scallop shell back home with them as proof that they had completed the Camino de Santiago. To this day, the scallop shell remains the most iconic symbol of the Camino.

You’ll soon arrive in Muxia. Muxia, a place where pagans worshiped and honored what was believed to be a dying sun, carries a mystical, spiritual air. The wrath of the eastern Atlantic led to the town being dubbed La Costa da Morte or “Coast of Death” because of many shipwrecks on the rocky waters. This charming fishing village has been the site where many emotional journeys of resolve reach their harmonious, seaside conclusion. Give your body and mind permission to relax and heal after undertaking many days of physical, mental, and emotional growth.

Once you’re ready to return home, you will conclude your trek by returning to Santiago, completing this 134 mile/ 215 km loop to the End of the World and Back.

What will this route mean to you? It is a perfect epilogue to your pilgrimage to Santiago, an inward journey of self-realization, or does the explorer within you feel that draw to reach the end of the world? Whatever this walk means to you, the ancient Finisterre-Muxia route will soon reside in the palm of your hand.

How do I navigate to the Finisterre-Muxia route in the Camino for Good App?